As popular as they are, Pit Bull Terriers are a controversial dog breed. Their reputation as pets is shrouded in myths, misconceptions, and even fear. But there’s a reason Pit Bulls are so common, and becoming more popular every day in America. Here, we’ll explore the truth about Pits, and attempt to dismantle some of the more harmful illusions about their personalities, so you’ll know if a Pit Bull is right for you! 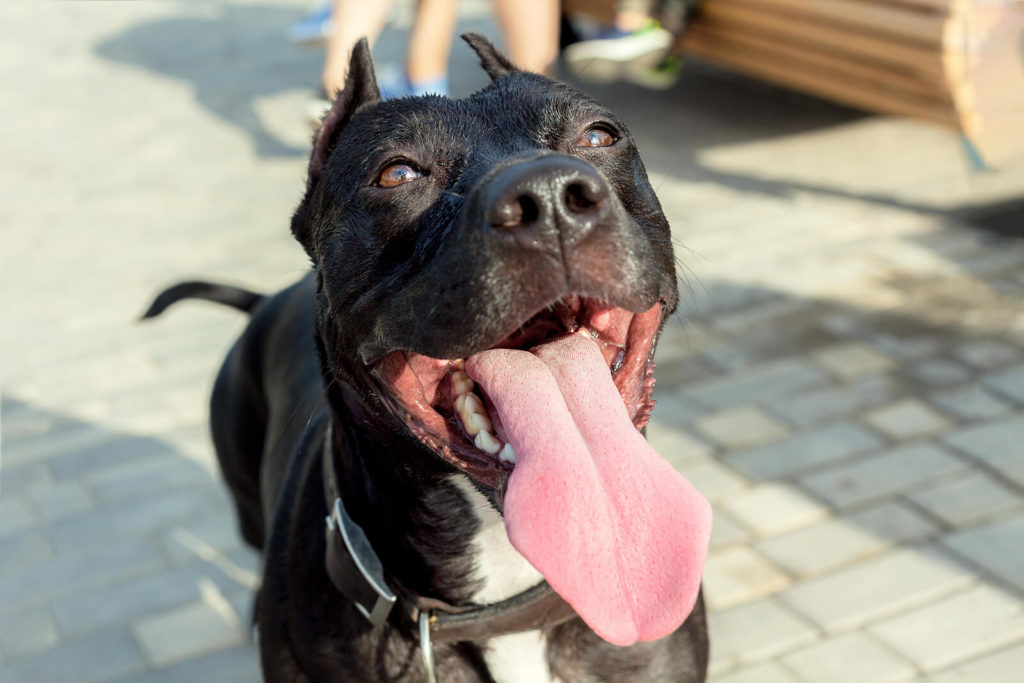 Pit Bulls are notorious as being aggressive protectors. Depictions in movies and appearances in dog-fighting scandals have bolstered a societal fear around the breed. Working into their intimidating mystique, a rumor has pervaded the conversation about these muscular dogs that their jaws lock once clamped on something. This, however, is simply a rumor. In fact, there is nothing significantly different about the Pit Bull’s jaw compared with other breeds. There’s no muscle or enzyme that allows for a “lock” to take place, and they don’t even have the strongest bite among all dogs (german shepherds being an example of a breed with more powerful jaws).

This rumor is representative of society’s misguided fear about Pit Bulls. In fact, two more likely reasons for their appearances at dog fights and as guard dogs are two of the breed’s biggest strengths. Pits are easily trained, and tenacious when they have their eyes on a goal. This makes them loyal companions and promising candidates for athletic competition!

Pit Bulls Were Once ‘Nanny Dogs’

Pit Bulls are extremely affectionate. In fact, some studies have ranked them among the most affectionate dogs toward people, even out-cuddling the golden retriever in one prominent study’s category of affection toward humans. The loyal breed was even considered a “nanny dog” in early 20th century America and England, watching over youngsters and bringing peace of mind to worried parents.

However, pit bulls (and lots of other terriers) do not always mix well with other dogs. This is important to consider when entering a lifelong relationship with a Pit, but shouldn’t put you off the scent completely. With lots of training and socialization, friendliness with other dogs can be learned by almost any Pit Bull, and many will be very friendly from the start!

Pit Bulls are a strong and active breed. They show up as champions in our dog athletics competitions, and heroes in rescue scenarios. But those visibly strong muscles don’t tone themselves! Welcoming a Pit Bull into your life or family means at least 45 minutes of exercise a day. Without it, their physical and mental health may decline, and you may even face some temperament issues due to an overflowing of impulse and energy.

What you see isn’t always what you get

Maybe the biggest misconception surrounding Pit Bulls is whether they are even Pits to begin with. There is a large misidentification problem among sheltered dogs, and lots of dogs are lumped into the “Pit Bull” category without sufficient evidence. This leads to improper and unspecific care instructions, then behavioral problems, and finally, to the further negative mythologizing of the breed!

Knowing that a dog labeled as a “Pit Bull” is not always a true Pit Bull Terrier, be slow and methodical when getting to know your new dog’s needs. You may find that their behavior more closely aligns with an entirely different breed, and further, that a whole different food, socialization, and exercise regimen is advised!

Pit Bulls are not the menacing breed they’ve been portrayed as. In fact, they are incredibly sweet to humans and other animals given the proper attention and conditions! As with all dogs, proceed with curiosity and care when accepting them into your life, and you’re likely to gain a wonderful companion once you do!