The Greyhound is an iconic dog easily identifiable by it’s long slender build.  Previously most known as a racing dog, it is quickly becoming a family pet favorite. Much like Santa’s Little Helper from the cartoon The Simpsons, many retired racing greyhounds are adopted as family pets. 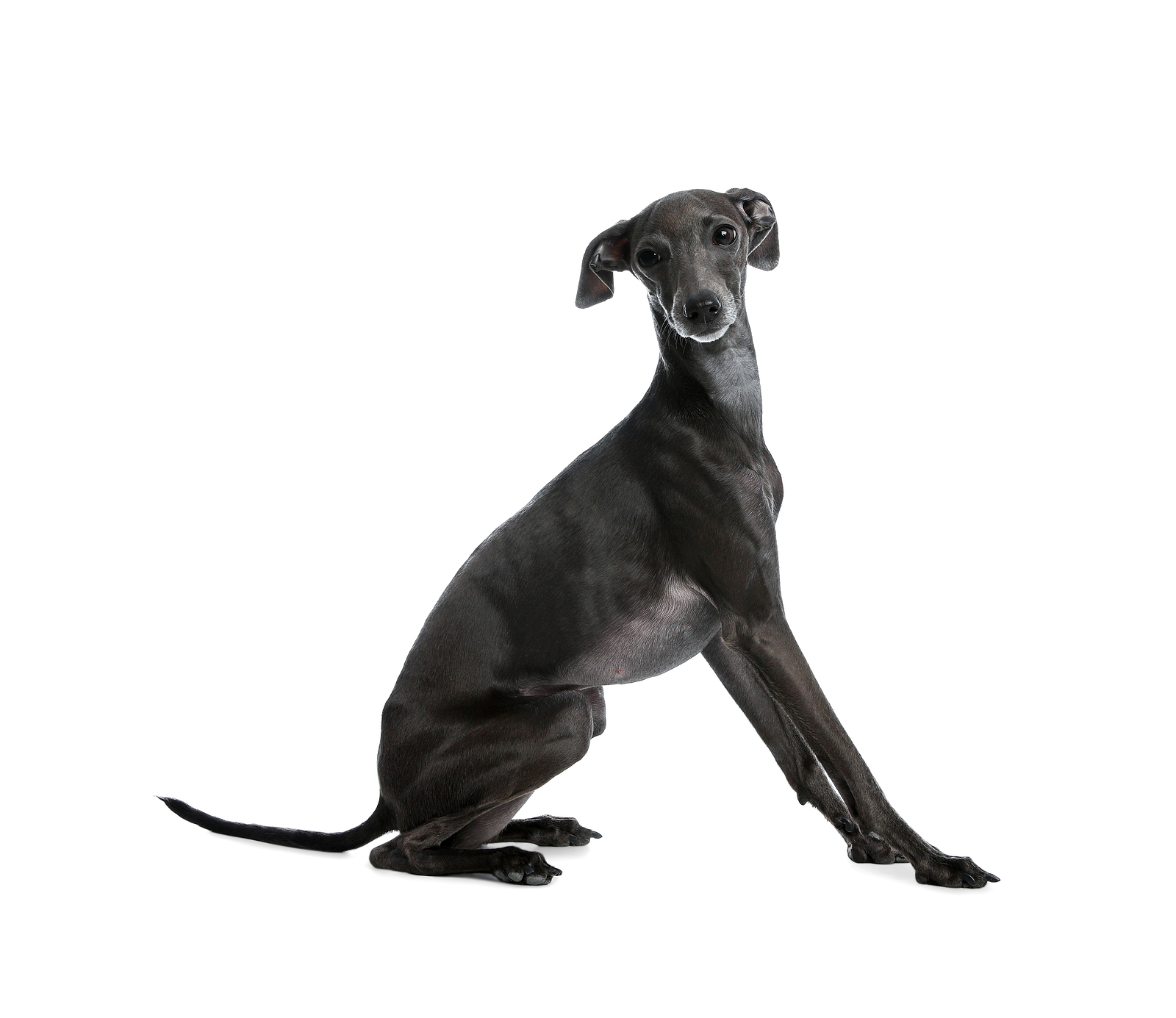 Greyhounds are larger dogs, typically 28 to 30 inches tall and 60 to 88 pounds, with females being slightly smaller than males. Despite their classification, Greyhounds often appear to be slender.

Greyhounds are generally healthy dogs with few health problems. Because of their stature, some may be prone to gastric issues such as torsion (a twisted stomach, a health issue attributed to Santa’s Little Helper covered by The Simpsons). As with any pet, if your Greyhound exhibits any signs of distress bring them to a veterinarian.

Greyhounds love people and other dogs! Greyhounds prefer a quieter environment, so roughhousing with smaller children may cause them some stress, however, Greyhounds are smart and polite.  Treated with kindness your Greyhound will reciprocate.

While loving of family and strangers alike, some Greyhounds do not get along well with smaller animals, and may want to chase them instead of coexisting peacefully – keep this in mind if you also have cats or other small animals in your household.

The Greyhound’s build tells you that they love to run! The long legs and slender stature make them the cheetahs of the dog world. However, when they’re not exercising their legs they love to lounge around. A Greyhound needs regular exercise, but is calm when it’s not outside time.

Because Greyhounds are fast, and on the taller side, it is recommended you have a fence at least 4 to 6 feet tall if letting them free in a yard, or keep them on a leash when out for a walk.

Greyhounds are low maintenance when it comes to grooming. Their short coat sheds very little, and an occasional brushing along with your daily pets is all it will need. As with any dog you may need to trim their claws every once in a while.

Given love, your Greyhound will return the affection and then some.

Another positive for the Greyhound? They bark very little, making them great City or Suburb dogs.